I have tried other brands in t he past. This particular tracker was a deal of the day and my other one had stopped working so I decided to give it a shot. I was blown away. This fitness tracker is waterproof! I wear it 24/7, even when I am in the shower! It seems to be very accurate with my steps and heart rate! It holds a charge for days! When I check my phone and then the tracker, it all matches! The app is great! It if very interesting monitoring my sleep. It lets me know how much deep sleep I had the night before! The calorie burn is nice to know as well. As a 55yr old male, I had purchased this mainly just to track my steps, but what I got was so much more!!! It you are looking for a fitness tracker, I would highly recommend giving this one a try, you won't be disappointed!!!

This is my second Lets Com tracker, I had a fitbit, but after two trackers only lasted 6 months each, I decided they were not worth their hefty price tag. I was initially drawn to this one for the price and similar features as my fitbit. My first one lasted nearly two years, and I only bought a new one because the band was getting loose and it would fall off throughout the day, along with the battery life decreasing after nearly two years of constant use.When I bought this one, I was initially disappointed as the battery life would only last a day, but this seems to have improved with time. I generally charge it while I'm in the shower (~20 minutes) and that tends to last more than a full day. It only dies when I go more than a day without charging. My biggest complaint is that it doesn't automatically connect to the app, and the app does not record data on Sundays? (Maybe I got a religious one that celebrates the sabbath?) The app is user friendly, but has some flaws and needs to be manually synced to the tracker. I do feel like it underestimates steps (but I feel like fitbits overestimate steps), and isn't the best at recording sleep, but for the price, I think it's well worth it! Would highly recommend for more thrifty fitbit lovers. After two years of daily wear this one held up WAY better than than the two FitbitCharge HRs I bought earlier.

So far I’m really enjoying this tracker! I’ve been wanting to try one for a while, but wasn’t sure if I’d actually use it. I finally gave in and bought this one since the price was pretty reasonable. It was so easy to set up and get synced with my phone. The app is very easy to navigate as well. The tracker itself is very comfortable to wear. I usually never wear anything on my wrists, but it hasn’t bothered me at all. I love the look of it as well. It’s easy to check all the stats on it throughout the day which helps keep me focused on being a little more active. I’d definitely recommend this tracker.

This fitness tracker is great for the price! I’ve had other that cost more and have less features. I can’t speak on its accuracy because I don’t have anything to compare it with, but it seems to be right on. I love it’s find my phone feature, very useful for someone like me who’s always losing their stuff. I also love the convenience of charging it, my last tracker had to be taken apart and the smallest piece was charged, I love how this one plugs directly into the USB port! The app you connect with is also great and very easy to use.

I'm really proud of myself for purchasing this activity tracker..it reminds me to move, counts my steps, monitors heart rate and is waterproof (Good for swimmers) it also tracks sleep! What more could I ask for in a tracker? 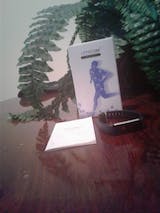 3 minutes ago from Portland, OR.
Madison purchased a

5 minutes ago from Boise, ID.
Emma purchased a

18 minutes ago from Phoenix, AZ.
Jackson purchased a

9 minutes ago from Austin, TX.
Aiden purchased a

19 minutes ago from Los Angeles, CA.
Ava purchased a

4 minutes ago from Cheyenne, WY.
Liam purchased a

18 minutes ago from Atlanta, GA.
Mia purchased a

6 minutes ago from Portland, ME.
Lucas purchased a

6 minutes ago from Denver, CO.
Isabella purchased a

4 minutes ago from Hartford, CT.
Noah purchased a

3 minutes ago from Topeka, KS.
Zoe purchased a

16 minutes ago from Boston, MA.
Mason purchased a

10 minutes ago from St. Paul, MN.
Lily purchased a

4 minutes ago from San Diego, CA.
Ethan purchased a

5 minutes ago from Harrisburg, PA.
Caden purchased a

14 minutes ago from Albany, NY.
Logan purchased a

19 minutes ago from Santa Maria, CA.
Emily purchased a

4 minutes ago from Portland, OR.
Bryan purchased a

11 minutes ago from Boise, ID.
Nicholas purchased a

9 minutes ago from Phoenix, AZ.